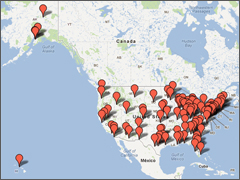 When we first announced that the Nationwide Rally for Religious Freedom would be held on Friday, March 23rd, 30 cities signed on immediately.

One of the newest sites, added just yesterday, is Boston, where a Rally will be held in Boston Common—the oldest park in the United States.

Earlier plans to hold a Rally there never materialized, so we were thrilled when a new Rally Captain stepped forward this week and volunteered to take on the significant legwork involved at this late day to make sure a Rally would be held in this historic American city.

You don’t want to miss this opportunity to be a part of history—tomorrow, Friday, March 23, at noon, at a city near you. Be there!