Babies Are Eating the Planet! 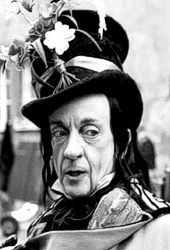 The “anti-breeding” animations of artist Nina Paley have to be seen to be believed. I would call her “radical child hater Nina Paley,” but even that doesn’t come close to describing her apparent contempt for childrenâ€”and indeed for all resource-consuming human beings. Then again, for all I know she might be quite fond of the particular children she knows, preferring to despise only those unknown but too-numerous children spawned by Christians and suburbanites. Consistent logic is not to be expected from those who hold the view that human beings are by their nature a blight upon the planet; they apparently except themselves from that analysis, so why not their friends and their children’s friends too? But whatever Ms. Paley may be like in person, her animations are horrificâ€”the more so because she is tremendously talented. See for yourself:

I find that Ms. Paley is a volunteer of the Voluntary Human Extinction Project and drew their logo. What I don’t understand is why anyone who subscribes to the idea of voluntary extinction doesn’t just hurry things along and commit suicide. I suppose the theory is that the good one can do discouraging others from breeding and further harming the ecosystem makes up for the resources one is consuming while postponing one’s own exit to extinction. But while I wouldn’t want to say anything that would encourage any of these unfortunate enthusiasts to destroy themselves, I can vouch that their efforts have not had the desired effect on this accomplished breeder. I won’t say that the anti-human campaign has actually inspired us to have any more childrenâ€”our own delightful children deserve the credit thereâ€”but it is nice to think one is single-handedly (which is to say, double-handedly) replacing no fewer than eight of the co-called “childfree” with one’s brood.

Save the Planet? From What?

This is a good opportunity to comment on that silly phrase, “Save the planet.” What are we supposed to be saving the planet from? The planet isn’t going anywhere. Mars is a planet. I wouldn’t want to live thereâ€”not yet anywayâ€”but Mars, as far as Mars is concerned, is doing just fine as a planet without Bambi or Mumble the penguin. Yes, we should be good stewards of this world, but I find the call to “save the planet” totally uninspiring. The planet, as such, doesn’t need savingâ€”not until a real-live Darth Vader builds the Death Star. 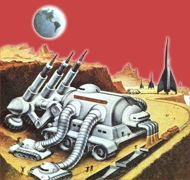 Speaking of Mars, perhaps the concept of “save the planet” would be better applied to our red brother. Mars seems a rather dreary place and it would be all together improved if we were to transform it into another Earthâ€”which will happen the sooner, I think, if we go on thriving here as we’ve been doing, rather than trying to erase ourselves from history. Because not only couldn’t the planet care less whether we’re here or not, neither could the the flora and fauna. They have no notion of the question, even when we are guilty of recklessly harming them. All the consciousness there is on Earth is found not in some magical “Gaia,” but in you and me and the rest of us human folk. Far from being a malignant tumor upon the earth, we are its very heart and soul. And I say, the more heart and soul the better.