Abortion Is Hazardous to Your Mental Health 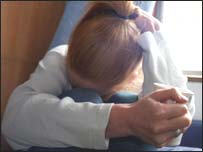 The Elliot Institute reports on the latest evidence of the negative effects of abortion on women:

My only comment is this: Pro-lifers are frequently accusesd of basing their claims on pseudoscientific research and citing sources that have an overtly anti-abortion bias — accusations that fall flat in the face of the Journal of Youth and Adolescence, Medical Science Monitor, and the Journal of Child Psychology and Psychiatry.