The mother of a 6th grade girl who was not allowed to wear a pro-life T-shirt at her public school in Merced, California filed a federal lawsuit this week against the school, claiming that the school violated her daughter’s First Amendment rights. This was the design on the girl’s shirt: 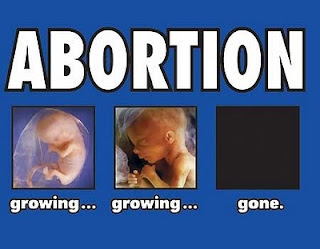 The school claims it had the right to prevent the girl (identified in court documents as “T.A.”) from wearing the shirt on the grounds that it violated the school’s dress code, which states:

Personal articles, clothing, or manner of dress shall make no suggestion of tobacco, drug, or alcohol use, sexual promiscuity, profanity, vulgarity, or other inappropriate subject matter.

I’m going out on a limb and guessing that the school is claiming T.A.’s shirt violated the “inappropriate subject matter” part (because it’s pretty obvious that it doesn’t make any suggestion of tobacco, drug, or alcohol use, sexual promiscuity, profanity, or vulgarity). The school would then have to argue, with a straight face, that even though it’s legal for a 6th grader in California to have an abortion without her parents’ knowledge, it should be illegal for a 6th grader in California to wear a T-shirt to school that merely expresses an opinion about it. Does that seem strange to you?