The TeenSpeak 2010 Essay Contest question was: Think ahead to the next six months. What could you do to help fight abortion during that time? Be specific about what action you could take and why it would be helpful. And the winner of the $1,000.00 scholarship? Julianne Winkle. Have a read. It think you’ll agree she did a splendid job. Congratulations, Julianne! Second place, a $500.00 scholarship, went to Theresa Simeo. Her essay follows Julianne’s. Well done, Theresa! 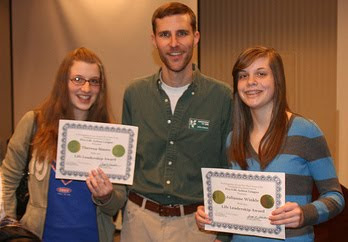 Think ahead to the next six months. What could you do to help fight abortion during that time? Be specific about what action you could take and why it would be helpful.

The issue of abortion seems to be taken very lightly in todayâ€™s world. In television shows, movies, and the media, when the issue of abortion comes up, people seem to brush it off and casually move on to the next topic. In reality, abortion is a very serious issue and more people need to be aware of the evils surrounding abortion. I found out at a young age what abortion was and what it did to babies and their mothers. Of course, I was appalled of how cruel it was, but I was even more appalled to find out that many educated people thought there was no harm in performing abortions. I have read about what abortion does, physically and emotionally, to women, and I have seen pictures of babies who have been aborted. There is DEFINITELY a great harm in abortion! I am aware of how terrible abortion is and I pray for an end to it, but it wasnâ€™t until a couple of years ago that I became passionate about finding an end to abortion. Two years ago, a Planned Parenthood opened up about five minutes from my house. The Planned Parenthood told our city that they were simply a â€œhealth care center for womenâ€. They told no one that their â€œhealth careâ€ was really going to hurt woman and kill babies! Before the Planned Parenthood opened, I joined pro-lifers from all over the state to pray and rally together around the clock. We managed to prolong the opening of the Planned Parenthood for several weeks, yet eventually and sadly, their doors opened for business. During this time, I fully grasped how terrible abortion was, and more importantly, I realized that each individual and I can make a difference. Even though the Planned Parenthood is still open, I have not given up my efforts to end abortion. In 2008, I began a Respect-Life club at my school for the Junior High students. In the next six months, I have plans approved to lead the group in raising money for Pro-Life organizations and we will each spiritually adopt a baby to pray for over the next 9 months. In April, I will take orders for the National Pro-Life T-shirt day at my school. I hope to exceed last yearâ€™s order of 131 shirts! We have been given permission to wear them to school on that day. In May, I will close the year by inviting families to join our group to pray for the end to abortion at the Planned Parenthood clinic after school. I hope my actions will inspire more young people to join the fight against abortion and we will save many innocent children from being aborted. On a personal note, one of my 60 cousins recently found out that she is pregnant. She is 19, unmarried, and living on her own. On top of all this, her baby has a disorder and the doctors told her the baby will either be a stillbirth or only live a few hours. Most people in her position, in our world today, would consider aborting the baby. Despite all of these obstacles, my cousin is dedicated to keeping her baby and is praying for a miracle. Over these next 6 months, I am going to support her through this hard time and celebrate her brave decision to give life to the little soul growing inside of her!

Think ahead to the next six months. What could you do to help fight abortion during that time? Be specific about what action you could take and why it would be helpful.

acâˆ™tion (aá¸±-shÉ™n) n. 1. Organized activity to accomplish an objective (a problem requiring drastic action) The problem of abortion in our country requires action. If we are pro-life then we believe that life begins at conception and every abortion is the taking of an innocent human life. If we are pro-life we cannot just sit there and hope that everything will change by itself. We need to activate change. If we are not part of the solution we will just be another part of the problem. Looking ahead to June 2010, I hope to be making a difference for life in my community. January started off strong with the March for Life. Going with 225 people from the Joliet Diocese, I boarded the bus with three of my friends not knowing what to expect and came back a changed person. We were given folders containing pro-life literature on topics such as fetal development, talking to someone whoâ€™s had an abortion, and marriage and family life. During our time on the bus we watched movies on stem-cell research, Norma McCorvey and her conversion to the pro-life side, fetal development, and other life topics. I canâ€™t tell you how important the educational part of the trip was. I now feel more confident discussing these issues with my peers and I know my friends feel the same way. Another important part of the trip was the encouragement of seeing 300,000 + pro-lifers, a great majority of them teens. This inspires me to be more active and fearless in standing up for the truth. I hope to receive many questions and inquiries about the March for Life and the pro-life position when I post my pictures from the march on my facebook page. I am ready to help others understand the truth! I am a member of the pro-life group Apostles for Life and this year I am responsible for planning an events calendar for the year. Each monthly meeting will have an educational pro-life topic such as â€œpro-life vs. pro-choice argumentsâ€, â€œend of life issuesâ€, and â€œadoption and abortionâ€ presented by one of our group members. We also plan on having an open discussion Q&A night and hope to invite Mr. Jansen from Generations for Life to speak to us. Additional opportunities for action have also been added. Each month members plan to pray outside the local abortion clinic. In addition, I have scheduled such events as a baby bottle fundraiser for a crisis pregnancy center, baby item drive, annual movie night fundraiser, leafing cars in mall parking lots with pro-life literature, and participating in the Pro-Life Action Leagueâ€™s face the truth tours. These schedules contain dates for meetings, prayer witnesses, and events, and will be passed out to everyone who attends our meetings. My hope is that all members will look at the schedule and think â€œthat looks interestingâ€ or â€œI want to learn moreâ€, and come back to our club to be educated and then put what they learn into action. The other pro-life group that I am a member of, â€œYouth United for Lifeâ€, is presenting a life issues retreat called â€œGet A Lifeâ€ in March. With the direction of our fearless organizer Elena, teen leaders including myself, and a handful of dedicated adults, this overnight retreat will cover pro-life issues from womb to tomb. I am so excited because we are opening this up to local parishes, youth groups, homeschool groups, and schools. It is the perfect opportunity to educate people who really might have no idea about life issues. I am most excited about having Yvonne Florczak-Seeman come to speak about her past abortions and healing. Her presentations are so moving! We will also cover adoption and crisis pregnancy centers, heath care in the U.S., the death penalty, euthanasia, and care of the elderly. Each participant will receive a folder with a list of resources, a button that reads â€œIâ€™m pro-life, ask my whyâ€, and educational material. Through this retreat we hope to reach out to the community and spread the message of life. In the course of these next six months I have a full calendar of pro-life activities. My involvement in Apostles for Life and Youth United for Life will educate others and give them and myself more opportunities to put our beliefs into action. Through these organized activities I plan to accomplish an objective, and that objective is ending abortion one person at a time.